From Adversity to Prosperity: How I Went From Being Laid Off to Earning a Six-Figure Income 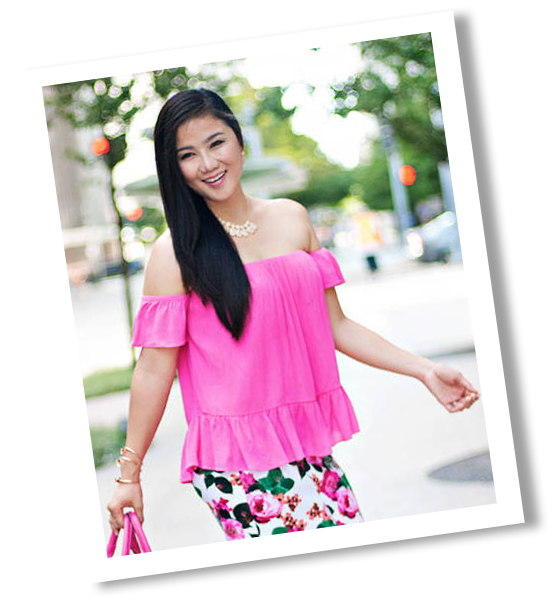 Growing up in the Philippines, uprooted from the familiar, and brought to the land where many other people from all over the world would like to be…they said the United States is the land where milk and honey flow.

Our first destination and “home” for a decade was in Miami, Florida. You would think that I would consider it as the place of new beginnings…perhaps. Well, life has not been easy there but it was definitely better than the life we’ve lived in my country.

I was a fresh college graduate with a Bachelor’s degree in Medical Technology but I never really practiced it. Somehow, it felt as if after spending expensive tuition fees at the university and literally hundreds of sleepless nights to earn my degree, Science and I never really clicked.  I took this degree because I thought that I wanted to be a doctor because my dad was a doctor. I took the advice of a great family friend that Medical Technology is the best preparatory for medicine and indeed it was! I learned a lot and even though it was just a preparatory degree, it felt as if we were already medical students. That’s how tough the training was.

Anyway, back to Science and I never really clicked. Looking back at my childhood, I remember getting pencils or crayons and writing on the walls of our house or coloring my mom’s Bible. My mom seriously thought that I was going to be a painter! So she bought me one of those practice workbooks and oil crayons (bless her heart for encouraging me!).

Growing up, I also loved the creative arts and music. I’ve participated in dramas in school, plays in churches, and I would always get up on our dining table and lipsync in front of people (showtime!). I guess the reason why I’m saying this is…I realized that I was never really a left brainer for me to enjoy being in the scientific or medical field.

My career as a Medical Technologist in the United States really looked promising but for some reason one circumstance after another prevented me from being able to take my licensure exam. So I never really was able to practice my degree. Coincidence? I don’t believe so! I worked jobs totally unrelated to my degree with pays that were not very rewarding. Of course, there’s always been a total dissatisfaction and a voice within me that kept telling me “I’m meant for more than this.” Not that I was doing mean jobs but it was just not for me.

Fast forward to several years later, I discovered my love for digital design. I noticed that I can tell good designs both print and web from those that are not. Trust me, not everyone can tell! I realized that I have been gifted with eyes for design. So I explored it. Thank God for the internet. Back then blogs with tutorials about photoshop and other design tools have just started. They have been a great help to me. I never really went to school for design both web and print graphics, although I have considered, many of the graphic designer friends I have met totally advised against it (huh? yeah!).

The gift of design was already within me, I just had to discover, enhance, and make use of it! Nobody really guided me or mentored me but I was bold enough to launch myself in the industry and started approaching people online and introduced myself as a freelance designer. I will be forever thankful to those few people who have trusted me enough with their projects.

Fast forward again, in 2007, my family decided to move to Pearland, Texas (a suburb of Houston) where we bought our very first home. With a very slim design portfolio and mostly web, God has opened a door for me to work as a graphic designer and a print manager at a local church in Sugar Land, TX – about 20 minutes from our home. I knew I was probably not the best candidate for the position but God has specifically placed a person that was just there for such a time to hire me! That’s what I call divine connection!

I loved my job and I was so sure I would stay in that job for years to come. Well NOT. I was totally wrong. I started working in August of 2007 and by end of February of 2008, I was gone. Not by choice. I was let go because my immigration card expired but by then, my citizenship was already in process. Just some of the church staff decided that it was probably risking the church’s status to keep me. My career there was short-lived.

I was hurt, disappointed, angry, and bitter at some point. You don’t understand. I loved that job and poured my heart and soul into it. I was basically the only one in my department for several months doing the jobs of two or three people. There have been days when I would stay till 11 PM at night to meet the deadlines, have all the Sunday bulletins ready, deal with crazy printers, and on top of that design materials for several departments in the church. I had worked more than 12 hours on few occasions. Looking back, I don’t know how I handled it but by the grace of God I did.

I would think that somehow my bosses would do me a favor and not let me go, right? Apparently, that’s not how it works. I realized that nobody is indispensible. There were people that have worked for companies for almost two-thirds of their lifetime and were still let go, what made me think that I would be spared?

Am I still hurt and bitter? Not a one bit! God has given me the grace to let go and move on and I can boldly say that being laid off is the best thing that has ever happened to me so far career-wise.

I was just in that workplace for a season…but God has definitely something better in mind.

I never looked for another day job after that. God knew I would be laid off. It never came to him as a surprise so He prepared something for me. A couple of months before being laid off, I landed a contract with a pretty big local publication designing their magazines while working from home. For each magazine I design, I would make anywhere from $3,500 to $5,000. There have been times when I would do 2 magazines in a month. It was a pretty stable income coming in and I enjoyed doing it. I made $30,000 in 3 months of doing freelance and $50,000 within 6 months of opening up my company.

Later on though I realized that I never really had a life while doing freelance for this company. Even though I was making real good money, it felt as if I was an employee expected to be in front of my computer all day replying to emails and constantly reporting about the status of the projects (when never once I have failed to deliver). I would stay up working on projects till 4 in the morning and wake up  4 or 5 hours later to continue working on the projects. I was exhausted and burnt out.  I thought, this is not the kind of life I’m supposed to have. Yes, success has price to pay but you can be successful and not kill yourself by trying to make money. What’s the sense of having money if all you’re going to ever do with it is use it for your medical bills?

Needless to say, after 6 months of doing this (still in 2008), I finally canceled the contract  (there were no legal repercussions thank God other than a non-compete for 2 years) and moved on.

It was a pretty scary move.I was unsure of what will happen next and this time I didn’t have any contract secured prior to letting the client go. I was letting go a stable income coming in. But I made a decision that the life I had working with the company was not the one I was supposed to have.

I stepped out of faith and officially incorporated my web design company in May of 2008. It was born at the time when the US economy was crumbling. What was I thinking? Why would I start a business when the economy was low? Frankly, I didn’t know what the status of the economy was and I probably didn’t even care. All I knew was that I want to pursue the life that I meant to have.

And what’s amazing is that…at the time when the US economy was low and everyone’s talking about how hard it was and recession was doing that and was causing this, I was making a six figure income! To be honest, it is hard for me to say this without giving credit to God. I knew it was all God.

Three years later, after having done websites for hundreds of churches and non-profit organizations, I decided to pursue my love for fashion and blog full time.

At that time, fashion blogging wasn’t as big as it is now. I remember in Houston, there’s really only a handful of bloggers.

I’ve always been asked how I got into fashion blogging. It was yet another good thing that came out of adversity. My family and I went through a difficult time back in 2010. My therapy literally was retail therapy.

I started buying cute clothes just to look cute. My mom has heard of blogging then through a Filipino television where women would buy clothes and post a photo online. She encouraged me to do the same. Having a graphic and web design background, it wasn’t too hard for me to put together a blog, so in a matter of days, I had one.

I haven’t looked back since then. Six years later, I’m still blogging and working from home full-time. I have worked with hundreds of brands and have earned a full-time income through blogging.

I’m sure that my story is just one of those you’ve heard. There are thousands other people who did not let the recession or their fear or excuses stop them from truly pursuing their dreams.

Am I the most qualified person to be successful? Absolutely not! I was never born in a perfect family, never had a perfect life, faced several adversities while growing up and in my adult life, but if there is one thing that I knew that took me to where I’m at today (aside from the grace of God) is that I have never let adversity stop me. There were days that I felt like giving up. There have been times when setbacks were just too overwhelming but nevertheless, I moved forward. It’s not easy to be a woman in the business world. It’s not easy to be a minority in the business world. But you don’t let these things stop you.

Dreams do come true my friends. My dream never stops here. Working for myself, having the freedom in my time, and being a blessing to other people – these are just some that came true. But I’m still dreaming dreams!

Don’t give up. THE BEST IS YET TO COME!